some months ago i started working on a python port of enum4linux. The port is more or less finished, though I might add features in the future. I thought it could be interesting for other HTB player.

If you want to try it out: 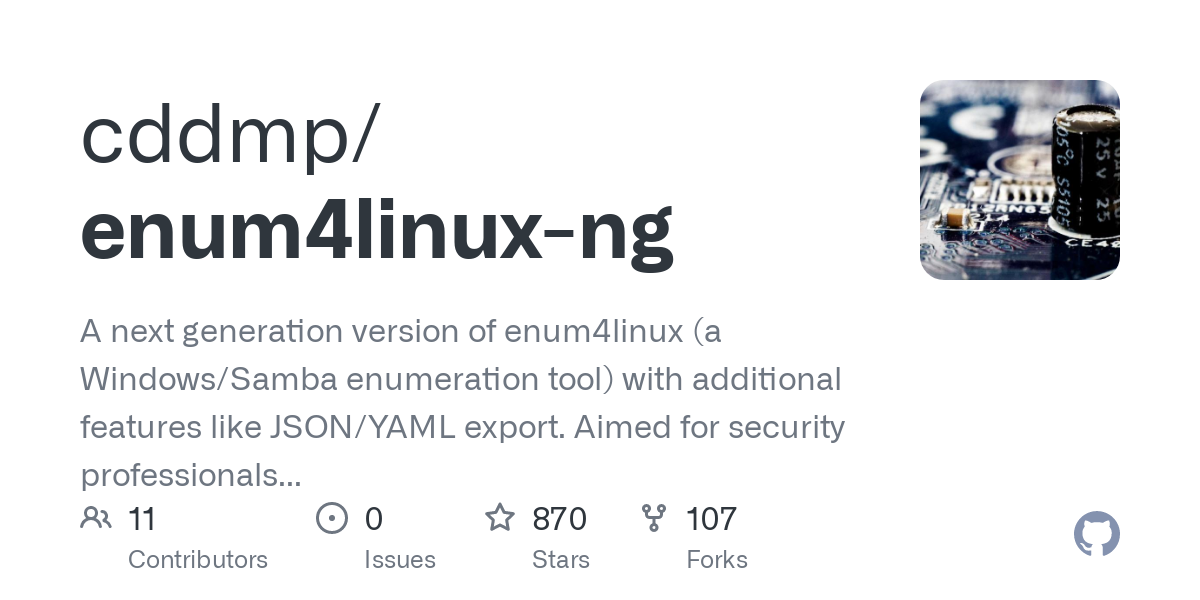 GitHub - cddmp/enum4linux-ng: A next generation version of enum4linux (a...

A next generation version of enum4linux (a Windows/Samba enumeration tool) with additional features like JSON/YAML export. Aimed for security professionals and CTF players. - GitHub - cddmp/enum4li...

Some parameters are slightly different and I added features and improvements I was missing from the original tool, like JSON/YAML export or colored console output.

will love to see this type of tools in GO/RUST etc. specially GO

that’s awesome. I literally just cloned it yesterday without even seeing this post. I just got fed up with the perl version.

@rek2 said:
will love to see this type of tools in GO/RUST etc. specially GO
That would be nice, but I think one would need something like an impacket implementation for Go/Rust first and then implement everything natively without using the samba-client tools.

@cyberpathogen said:
that’s awesome. I literally just cloned it yesterday without even seeing this post.
Thanks!

@cddmp no, thank you. at least we have something working

I been doing most of my coding on rust/go and working on making a pw0n on GO instead of the slow one in python, maybe after Ill work on a similar to impacket, I know there are already separate implementations of kerberos/windows/adirectory go tools like GitHub - C-Sto/gosecretsdump at 5237b4db54c33737ccf184553c39390586c686b5 and some at ReK2 / awesome-go-security · GitLab it will be just need something that has it all together.