Fun box – When it was released, it had IPv6 enabled and the port knocking service was only applied to IPv4. So using the IPv6 enumeration methods I talked about in Sneaky I was able to SSH after finding the key with GoBuseter. Box was patched to remove IPv6 but if you were curious how I did it in under 15 minutes, that was the trick.

Anyways. One thing I think I did differently than most people is used a quick process monitoring script after noticing something was running every minute. This script shows when processes both start and end. Comes in really handy.

After releasing the video, Yas3r told me the login was vulnerable to Type Confusion. So you were able to log in if you changed “password=” to “password[]=” for the HTTP App (ninevehNotes one). It would log you in. 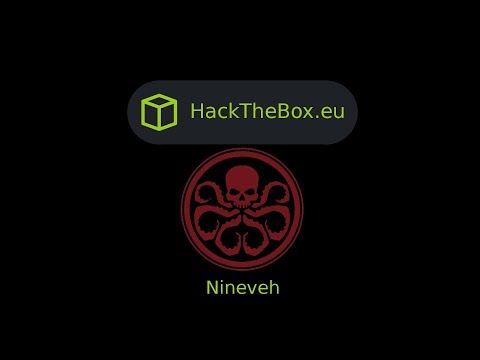 awesome work thank you for sharing

Nice job. The monitoring script is quite interesting.

Awesome @ippsec . Can you make the video about gdb and peda???

@MisterBert0ni said:
Awesome @ippsec . Can you make the video about gdb and peda???

May your mushrooms always be sauteed and your onions grilled.
Happy New Year!